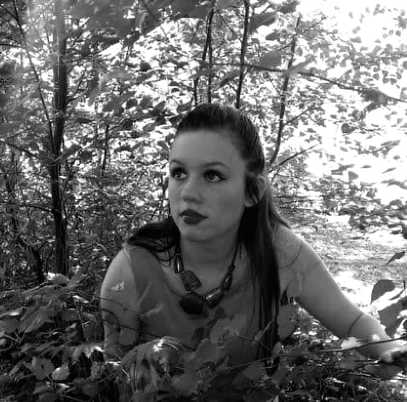 Growing up, I had always loved listening to classical music and opera, but I never dreamed that I would be able to sing it. As a child, I was content to sing along with my favourite Disney Princesses, longing for my voice to "wobble" like theirs did.

You may wonder what three-year-old enjoyed listening to classical music (three was the age I heard it for the first time), I'll tell you that it all started when I watched Disney's "Fantasia." You see, I was unwell, and so my mum brought me downstairs where my Nan was watching the film. I distinctly remember sitting down to see Tchaikovsky's "The Nutcracker Suite," and I forgot all about my illness as I was lost in the beautiful, relaxing music, and that's it; I was hooked.

As I grew older, I became aware of classical and operatic arias, but as mentioned above, I was sceptical of being able to sing it, so I carried on singing to my Disney songs, and my favourite pop songs whenever they came on the radio, but being a shy child, only did it out of earshot. Being only young, I didn't really realise that even back then, I didn't really have a "pop" voice; for as long as I can remember, friends have been telling me that my voice 'sounds like an old record.'

So I continued to sing alone in my bedroom, and as I grew older, I came to realise that these modern pop songs did not suit my voice, and hardly anybody I knew enjoyed classical music like I did. At this point, I had never attempted to sing a classical or operatic song, although I would always listen to the classical station on the radio.

I started to really get into musicals a few years later when I watched "On the Town," starring Gene Kelly and Frank Sinatra, and that movie also started my love for tap-dancing. I started to realise that I preferred musicals over any other movie genre and began to see as many as I could.

There are three 'pushes,' as I call them, to make me see what I wanted to do with my life.

The first push was when I watched a Shirley Temple movie, "The Little Princess," I believe it was, and when it was over I thought, "I want to make other people as happy as she makes me." I have seen several more of her movies and her sparkle and enthusiasm has never faded.
The second was a couple of years ago; I was listening to "O Mio Babbino Caro," and I started singing along and I realised that it suited my voice, so I carried on; I had always found it difficult to sing pop, but this was so much easier. So, I started singing classical songs around the house.
The third and final push was when I watched the 2004 musical "The Phantom of the Opera." I watched this about a year after I had started singing classically, and I was blown away by it; I'd never heard music that beautiful before, and it's now my favourite musical.

I entered in a few talent shows, before I started taking singing lessons, which really gave me some much needed confidence. Ever since then, I have been performing at local functions and charity events.

Currently, I live with my Mum, my Dad, my little sister and our cats and dog, and we have named our house The James Madhouse. We are pretty much a normal family; we go on days out together and we like to do typical family stuff like watching a movie together and playing board games.
Apart from singing, I enjoy drawing, going to the theatre, dancing and reading; I am a self confessed bookworm and I always have my nose in a book.

I am very lucky to have made friends with many fellow singers, both online and in real life.
I hope to make people happy with my singing, and my dream is to be a professional singer and to be able to sing with all the great classical singers.